The State of Energy in Ghana

In Ghana, ‘Dumsor’ (which means ‘off-on’ in the Akan language) has become a household name for the country’s persistent and irregular power outages. Ghana’s power supply issues became apparent in early 2001, when severe droughts caused significant loss of generation capacity at the Akosombo Dam (the country’s single largest source of energy). Since then, various supply and demand constraints have forced the government to “load shed,” whereby overall demand is lowered through coordinated power outages. However, one of the main requirements is that the people/businesses in those areas are notified by way of a “load shedding schedule.”

There seemed to be a change in early 2019, when Ghanaians experienced another wave of a controversial dumsor or load shedding, whose schedule was not published. The re-introduction of outages without publishing the requisite load shedding schedule came along with the term “Dumsaa,” meaning off for a considerably long time or off all the time.

Today, unplanned power outages continue to be a problem for the growing country. In April 2021, the Managing Director of the Electricity Company of Ghana (ECG) Mr Kwame Agyeman-Budu asked residents of Kumasi (one of the largest metropolitan regions in Ghana) to brace for more power outages from now till the end of the year. While he noted the situation in Kumasi was due to system challenges and not generation problems, it’s clear that the country’s power outage problems have not been solved.

That’s not to say the Ghanaian government hasn’t made efforts to improve its electrical infrastructure. In fact, the country has continued to diversify its energy suppliers and 84 percent of Ghana’s population have access to electricity, according to the World Bank — one of the highest rates in sub-Saharan Africa (source)

Electricity reliability metrics have also improved recently with the average outage frequency dropping by 40% and outage duration by 56% since 2018 (source), but outages continue to be a problem. As long as there is a lack of access to reliable energy in Ghana, it will continue to be an impediment to economic development.

Economic Impact of Outages in Ghana

While it’s difficult to calculate the economic impact of Ghana’s power outages, it’s estimated that close to 50% of small-scale industries in Ghana lose several hours each month due to lack of reliable energy (source). Additionally, research in Accra, Ghana shows that power cuts fall more frequently on poorer people, despite them being less able to deal with the consequences (source). That means the people less likely to experience power cuts are the relatively well-off people who are most likely to own generators or other backup power sources. When power outages are directed towards poorer communities, it only perpetuates the country’s “poverty trap,” making it harder for people in less fortunate communities to escape poverty.

While there is clear evidence describing the fact that poorer people receive less reliable electricity, there is not clear evidence explaining why this happens. Regardless of the mechanism producing the results, the unfortunate truth is that people more likely to experience power cuts are the people and businesses in impoverished communities.

Looking ahead, it’s important that Ghana continues its efforts to improve the country’s electrical infrastructure so that it can efficiently deliver power to all of its residential and commercial end-users. In the following sections, we’ll discuss the country’s key demand/supply constraints, plus solutions that are being implemented to improve the situation.

Ghana’s power outages can be attributed to the country’s growing supply/demand constraints. In terms of demand, the expanding business sectors and population have driven the country’s 10-15% annual growth in demand for electricity over the last two decades. Current forecasts project that electricity demand will continue to grow at least 7% per year.

To keep up with growing demand, Ghana nearly doubled its generating capacity between 2006-20016 and installed 4,399 MW of capacity to date. However, actual availability rarely exceeds 2,400 MW due to changing hydrological conditions, inadequate fuel supplies and dilapidated infrastructure (source). As a result, the power sector in Ghana has consistently fallen short of capacity targets.

In part, Ghana’s electricity sector is still heavily dependent on the Akosombo Dam which has seen water levels drop consistently below acceptable operational levels. In recent times however, significant amounts of thermal generation sources running on mostly natural gas have been introduced into the sector. The problem with these sources is that supply of natural gas by the West African Gas Pipeline (WAGP) has been very unreliable. Other challenges impeding the sector include high levels of distribution losses, lack of revenue due to the non-payment of bills and also poor tariff structure, which makes it difficult for the power utilities to make significant investments to improve the sector due to financial constraint (source).

It is projected that an additional generation capacity of 225 MW is needed by January 2024 and an additional 200 MW by January 2025 to preserve the security of supply in Ghana. This presents an opportunity for U.S. and international companies operating in the energy sector.

Given the desire to alter the generation mix to include more renewable sources, the main opportunities in the renewable energy subsector, include setting up local manufacturers and assemblers of renewable energy technology. There are some initiatives to attract investments into this sector, and there is a concerted push to increase the contribution of renewable energy to total power supply sources. Namely, a number of opportunities exist in harnessing wind power to generate electricity, mainly located along the coastal areas of Ghana. Various locations exist across the country which are also suitable for use as solar parks. (source).

Given the 2030 goal of providing universal electricity access (source), and Ghana’s commitment to limit reliance on inefficient fossil fuels and diesel generators, there will be ongoing opportunities for commercial involvement in the sector. While public funding has been the largest source of finance for expanded power generation capacity in the past, the continued approval of large-scale Independent Power Producers (“IPP’s”) and the growing demand for energy bodes well for private companies looking to engage (source).

At Impact Capital Partners, our mission is to connect institutional capital with the growing impact investment market to address the world’s most pressing challenges. By utilizing impact investments, institutional investors are able to generate positive, measurable social and environmental impact alongside a financial return. We are constantly finding new impact strategies in both emerging and developed markets, targeting market-rate returns. Schedule a call with us HERE if you’re interested in learning more about our impact strategies. 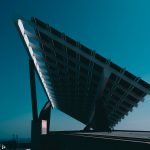 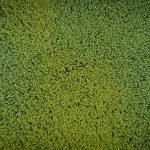 My Move to Net Zero 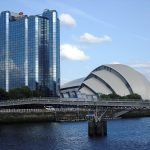