Back in February 2022, EU lawmakers voted to allow Natural Gas to be labeled as a ‘green’ investment (source), assuming such gas projects replace coal and have plans to switch to renewables or “low carbon gasses” by 2035.

The European Parliament vote held this July 5th was an attempt to block that decision. It failed, getting only 278 votes when 353 were needed. Assuming no future objections, this new regulation will be enforced starting next year.

This is a controversial vote that threatens the EU’s commitment to reduce greenhouse gas emissions 55% by 2030. Below we take a look at the arguments for and against this decision, and how this might affect global climate policies going forward.

It’s no surprise there’s opposition to the proposal to classify gas as green energy. Natural gas, which emits almost 50% as much carbon dioxide as coal, has relatively high emissions compared to a global average target for a 2C world of 15gCO2e/kWh in 2050 (source).

Opponents would prefer the EU to instead double down on the expansion of renewable energy sources. Scientists, environmental activists and even a large part of the investment management industry have criticized this decision on concerns that it could divert investment from renewables.

“Everyone knows by now that we should get rid of any incentives that lead to more fossil gas exploration,” said Bas Eickhout, a prominent member of the E.U. Parliament who represents an alliance of Green and regional parties. “By labeling fossil gas ‘green’ the E.U. sends a catastrophic message to the private sector and the rest of the world that gas would be just as legitimate as renewables.”

However, those in favor of the decision claim that natural gas is a necessary and realistic avenue for the EU’s energy transition to climate neutrality. The clearest case for switching from coal to gas comes when there is the possibility to use existing infrastructure to provide the same energy services but with lower emissions.

These coal-to-gas conversions have saved around 500 million tonnes of CO2 since 2010 – an effect equivalent to putting an extra 200 million EVs running on zero-carbon electricity on the road over the same period (source). Given the time it takes to build up new renewables and to implement energy efficiency improvements, this represents a potential quick win for emissions reductions.

It’s also important to consider Wednesday’s EU vote comes at an interesting time where a majority of the continent’s gas is imported from Russia. That gas currently accounts for a quarter of electricity across the European Union and nearly all its heat. With the new ‘green’ label, the EU will be able to tap into natural gas resources with a fresh pool of ESG investor capital, albeit for a limited time and only when those facilities are replacing coal-fired stations.

Whether you believe this a good or bad decision, the EU maintains it’s commitment to reduce greenhouse gas emissions by at least 55% by the end of the decade and to become climate neutral in 2050. Those in opposition believe it is wrong to give natural gas a ‘green’ label, fearing it will divert capital from renewable investments. Those in favor believe this is a necessary step in the path to achieving climate neutrality.

IEA: The Role of Gas in Today’s Energy Transitions

At Impact Capital Partners, our mission is to connect institutional capital with the growing impact investment market to address the world’s most pressing challenges. By utilizing impact investments, institutional investors are able to generate positive, measurable social and environmental impact alongside a financial return. We are constantly finding new impact strategies in both emerging and developed markets, targeting market-rate returns. Schedule a call with us HERE if you’re interested in learning more about our impact strategies. 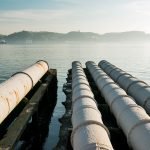 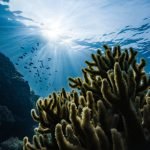 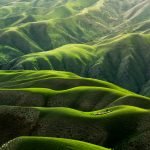 Impact Capital Partners is a U.S. based placement agent for impact investments, connecting institutional capital with sustainable investing strategies that address the world’s most pressing challenges. Nothing on the site is an offer or solicitation to buy or sell any security. Although the site may include investment-related information, nothing on the site is a recommendation that you purchase, sell or hold any security or other investment, or that you pursue any investment style or strategy. Impact Capital Partners does not give any advice or make any representations through the site as to whether any security or impact investment is suitable for you or will be profitable. Private placement securities are speculative, illiquid and carry a high degree of risk – including the loss of the entire investment.

As of August 10, 2022, Impact Capital Partners is formally engaged with strategies that total over $2.6 billion + target 55 Developing Economies + align with all 17 of the 17 UN Sustainable Development Goals (SDGs).